So now the time has come to prepare the circuit for F1. In addition to the already planned adjustments to the track and the expansion of the paddock, an upgrade of all IT-related systems was started in 2018. Track manager Niek Oude Luttikhuis is responsible for this project and we interviewed him about the improvements needed in CCTV.

“The IT issue including the CCTV system provided a big challenge. From a position where we were dependent on one supplier, a new situation has now been created in which we are independent and in control ourselves. We have been advised by partners with a passion for racing and a passion for their own discipline. Now we work together with a select group of suppliers, each with its own specialization, such as IDIS.

This group is working together as a team, which is great! There is good mutual communication between IDIS and the different suppliers. They think ahead, complement each other and offer solutions. This has enabled Circuit Zandvoort to make a major improvement and get back on track again.”

“To create the much needed independence and to get back in control again, we decided to install a completely new video management system. In our situation, this turned out to be the best futureproof structural solution”

The new VMS had to meet a number of requirements set by Circuit Zandvoort:

The organization of Formula 1 also has required a CCTV system based on IP at Circuit Zandvoort. At the time of the F1 in May 2020, the organization not only views the camera images of the race via its own CCTV system, but also via the IDIS Video Management System. During the F1 in the Netherlands, the F1 organization temporarily receives functional authorized access to the VMS.


All requirements have been met by implementing IDIS Solution Suite. In addition to this ISS offers much more, such as:

Based on extensive preparation, the new system was set up early 2019, parallel to the old system. After all, Circuit Zandvoort is used almost daily, which meant that everything had to be operational and available during the implementation. The new system was successfully put into use in May / June.

Meanwhile, six IDIS cameras have been installed, positioned at the most important locations around the racing track. 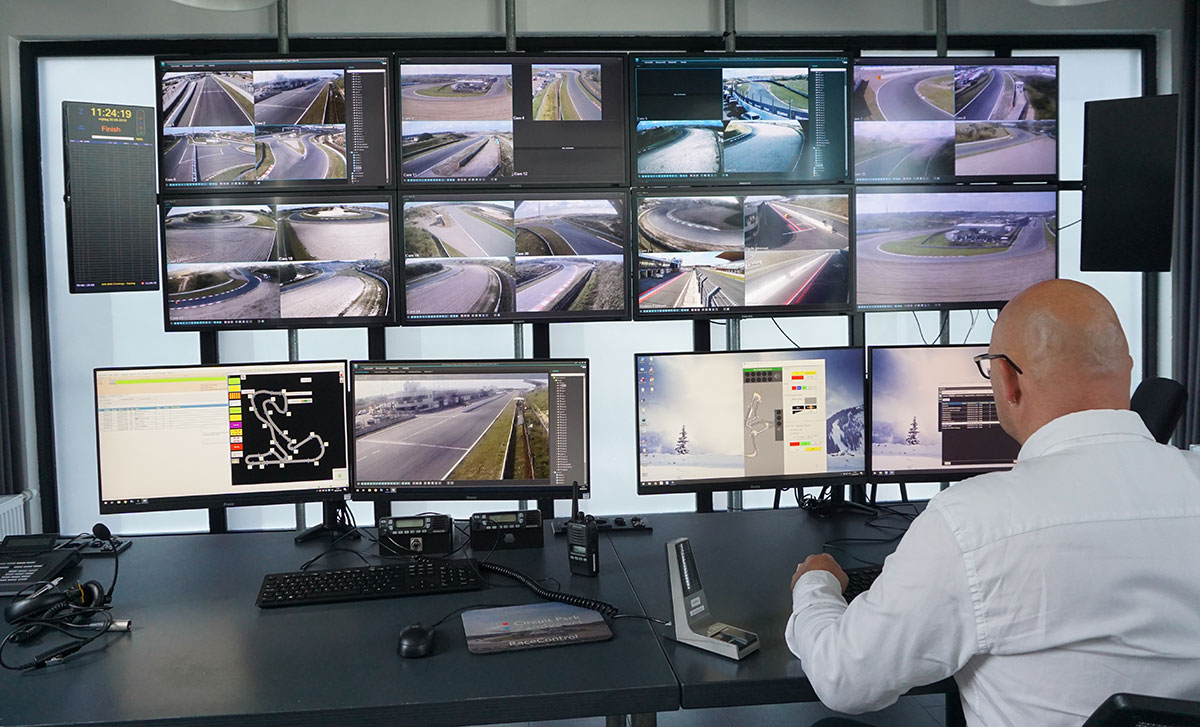 Result
Zandvoort circuit is ‘in control’


“In the Racecontrol room, a rotating team of 10 people in total, work with the new ISS. Only 4 of them have had a brief explanation of the system, which does indicate that ISS is really user-friendly! At this moment the authorization levels have to be set, giving each user specific user rights.

The replacement of the old cameras by new IDIS cameras was done by our own technical man. The IDIS claim “true plug & play” has been proven during installation!

In the future we would like to replace all cameras with IDIS cameras and perhaps invest in a new video wall, but this still depends on the required investment. Preparing the circuit for F1 Dutch Grand Prix 2020 requires enormous investments. But it is clear that our preference is for to implement the quality that IDIS products offer!

Within the existing possibilities the new IDIS Video Management System works perfectly! From now on we will start further improvement and expansion”